By Jc Olivera on September 7, 2022@JcOlivera 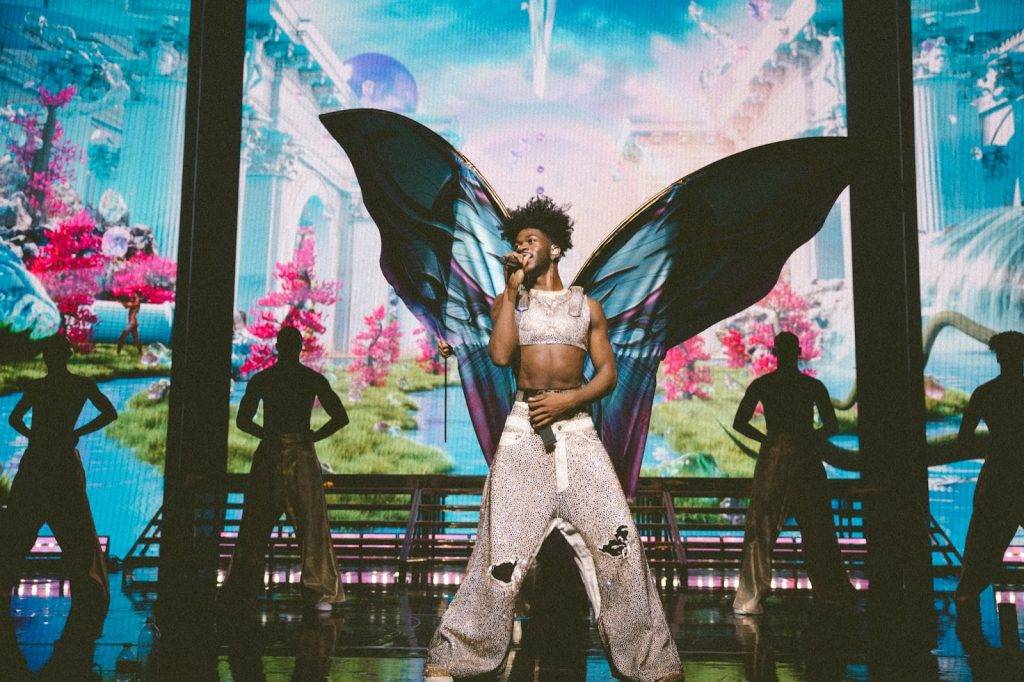 The Showbiz Live! – September 7, 2022 -Last night, multi-platinum, award-winning sensation Lil Nas X kicked off his long-awaited Long Live Montero tour in Detroit, MI. Fans got a glimpse into the superstar’s world with his first ever tour celebrating the critically acclaimed and Grammy-nominated debut album Montero. The performance featured hits from his latest album including “Industry Baby”, “Montero (Call Me By Your Name)” and “That’s What I Want” along with fan favorites such as “Scoop” and “Dead Right Now”

For his very first tour, Lil Nas X and his team set out to create a theatrical show unlike any other – a real modern pop musical. The three-act set (Rebirth, Transformation and Becoming) represents the different stages throughout Lil Nas X’s journey from his childhood, to releasing his very first song, and all the way through reaching his current status as a creative and fearless cultural icon – narrated by a figure dubbed The Wizard of Naz. Fans were captivated watching the story unfold in front of gorgeous, whimsical visuals and alongside stunning dance numbers choreographed by Sean Bankhead. Creative direction for the tour is by Hodo Musa and Saul Levitz.

Produced by Live Nation, the 21-date North America run continues with stops in Chicago, Toronto, New York, Atlanta, Los Angeles and more before wrapping up on October 23rd at San Francisco’s Bill Graham Civic Auditorium. The tour will proceed with the European and Australian legs on November 8th in Amsterdam and concludes on January 4th in Sydney.

For more information on the tour and for tickets please visit longlivemontero.com