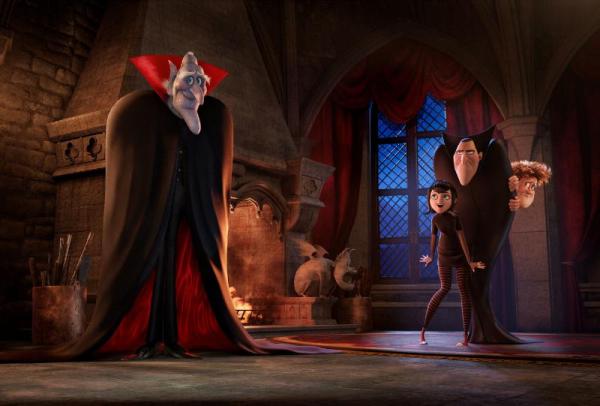 ** THE SHOWBIZ LIVE! – CULVER CITY, Calif., Nov. 27, 2014  — Sony Pictures Animation today announced the casting of Oscar®-, Tony-, Grammy- and Emmy-winning writer, director, performer, composer and producer Mel Brooks in the sequel to the 2012 worldwide hit, HOTEL TRANSYLVANIA 2.  Brooks has been cast in the role of Vlad, the ancient, undead and incredibly grumpy father to Dracula (Adam Sandler). Dracula, Mavis, Jonathan and all of their monster friends are back in the brand new comedy adventure:  when the old-old-old-fashioned vampire Vlad arrives at the hotel for an impromptu family get-together, Hotel Transylvania is in for a comic collision of supernatural old-school and modern day cool.

HOTEL TRANSYLVANIA 2 is slated for a September 25, 2015 release, and is being directed by Genndy Tartakovsky, produced by Michelle Murdocca, executive-produced by Sandler, Allen Covert,and Ben Waisbren, and written by Robert Smigel.

Brooks – who takes on the role 40 years after helming the horror-comedy classic Young Frankenstein – said, “I’m having a wonderful time with the character Vlad.  He’s been around for eons and he’s a pretty crabby guy.  Basically, he reminds me of me.”

Brooks isn’t the only icon who will be voicing Vlad, as Sony Pictures Releasing International is securing the talents of additional high-profile stars around the world to voice the ancient one for the non-English versions of the film.  So far, these regional Vlads include: France’s Michel Galabru, the esteemed 92-year-old actor who has appeared in more than 200 films; Japan’s Junji Inagawa, whose voice is instantly recognizable as the “go to” narrator of horror films, radio programs and DVDs; Holland’s Bram Van Der Vlugt, who, for decades, was the most requested Dutch TV/film “Sinterklaas” (Saint Nicholas); and Belgium’s Jacques Vermeire, the well-known Flemish performer with decades of memorable comic television and feature film performances.