By Jc Olivera on September 6, 2018@JcOlivera 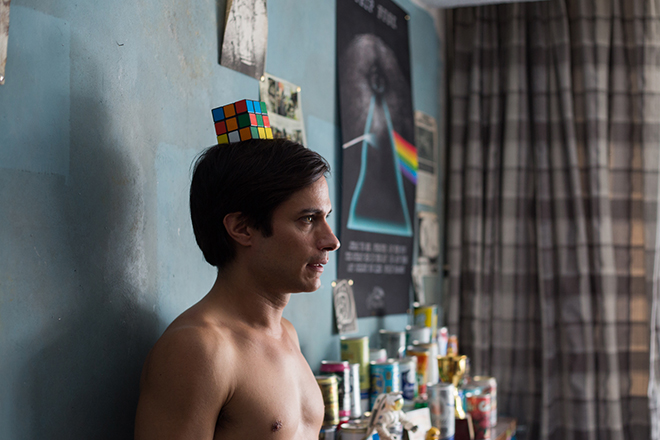 MUSEO is already one of the most highly anticipated films of the year.  It was written and directed by Alonso Ruizpalacios, this is his second feature after the award-winning festival hit GÜEROS and was co-written with Manuel Alcalá (Bellas de Noche).  MUSEO premiered at the 2018 Berlin Film Festival, where Ruizpalacios and Alcalá won the Silver Bear for Best Screenplay and was also nominated for a Gold Bear for Best Film.  MUSEO will have its North American debut at the Toronto International Film Festival today. Variety says, “Hitchcock, Looney Tunes, “Rififi,” …. and Bresson … Ruizpalacios pulls it off with a joyful sureness.”  While Screen Daily says MUSEO “Has the mark of a true original…superbly executed,” and The Guardian called it a “entertaining and highly watchable thriller.”

“MUSEO began over a decade ago, with a faint memory of a Christmas museum heist in the 80s. Research and word of mouth quickly laid out a vast story that spread far beyond Mexico’s National Museum of Anthropology,” says Alonso Ruizpalacios.  “It had the perfect mix of narrative and anecdotal elements and I’m incredibly excited to collaborate with the talented Gael Garcia Bernal and YouTube to bring this Mexican tale to life and share it with the world.”

“As our first-ever Spanish language YouTube Original movie, MUSEO is one of the many exciting projects we have in the pipeline as we embark to expand our slate with more original series and movies in Spanish,” said Susanne Daniels, Global Head of Original Content, YouTube. “We are extremely grateful to be working with such a talented director, cast and creative group of producers and executive producers to share this story globally.”