By Jc Olivera on September 7, 2018@JcOlivera 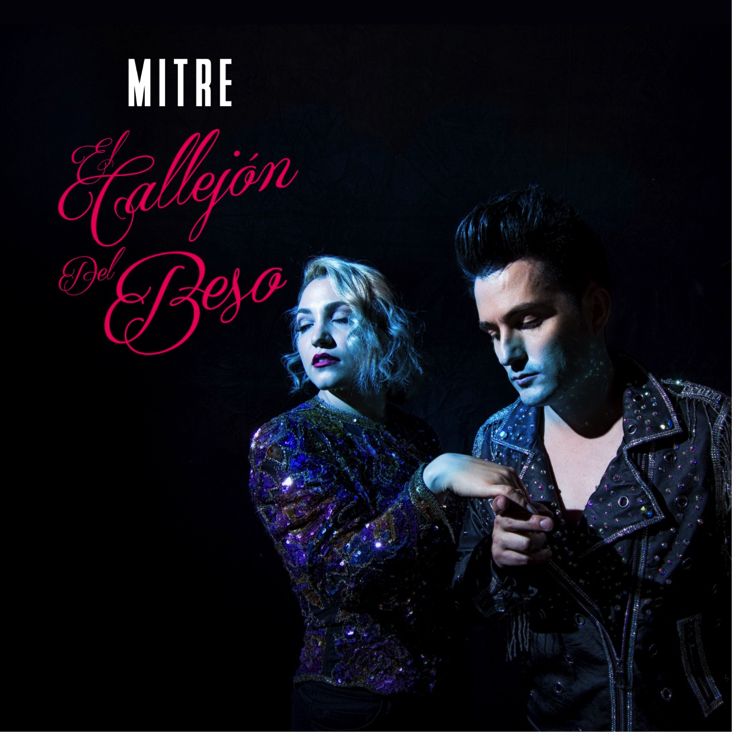 Based On The Mexican Legend, The Alternative Duo’s Latest Release Captures The Eternal Passion Of Two Lovers In An Artistic & Unique Manner

** THE SHOWBIZ LIVE! – Los Angeles, CA. (September 7, 2018). Inspired by one of the greatest romantic tales of Latin America, MITRE, the extraordinary alternative duo consisting of the multitalented artists, Luis Mitre and Andie Sandoval, present their second single titled, “El Callejón del Beso.” Based on a Mexican legend of the same, the song composed by Luis Mitre, explores the eternal passion of two lovers who swear to love each other forever.
The world famous story of “El Callejón del Beso” (The Alley of the Kiss) took place during the 19th century in Guanajuato, Mexico. It tells the tale of Doña Carmen and Don Luis, a couple who were not allowed to be together due to the differences in their social status. To prevent them from seeing each other, Doña Carmen’s father locked her up in the house, but her brave boyfriend found a way to see her and promise her eternal love even if it was only briefly from the adjacent balconies. When the father found out, he angrily stabbed his daughter’s heart with a dagger. That’s the origin of this legend, which states that for two lovers to remain together for the rest of their lives, they must kiss on the third step of the alley where the tragic love story happened. Thousands of visitors come to the city of Guanajuato each year to test this folktale.
With this story as an inspiration, the music video for the track brims with elegance and sensuality in an original manner. Directed by Luis F Guizar and co-produced by Pete Galindo, the audiovisual project was filmed at Civic Center Studios in Los Angeles. In the video, Luis Mitre and Andie Sandoval are seen walking under an enigmatic blue light that reminds us of a night illuminated by the brightness of the moon. Likewise, two talented acrobats perform an amazing areal dance that emanates seductiveness. Undoubtedly, this artistic and unique piece of work reflects the style and quality in MITRE’s music.

Jc Olivera is the founder and Editor-in-Chief of The Showbiz Live!, An online magazine focused in entertainment news, he is also a contributor photographer for mayor photo agencies, graphic designer, tech and gadget enthusiast. // who happens to love coffee //
Related ItemsMitreMusic
← Previous Story Maná Named 2018 Latin Recording Academy Person Of The Year™