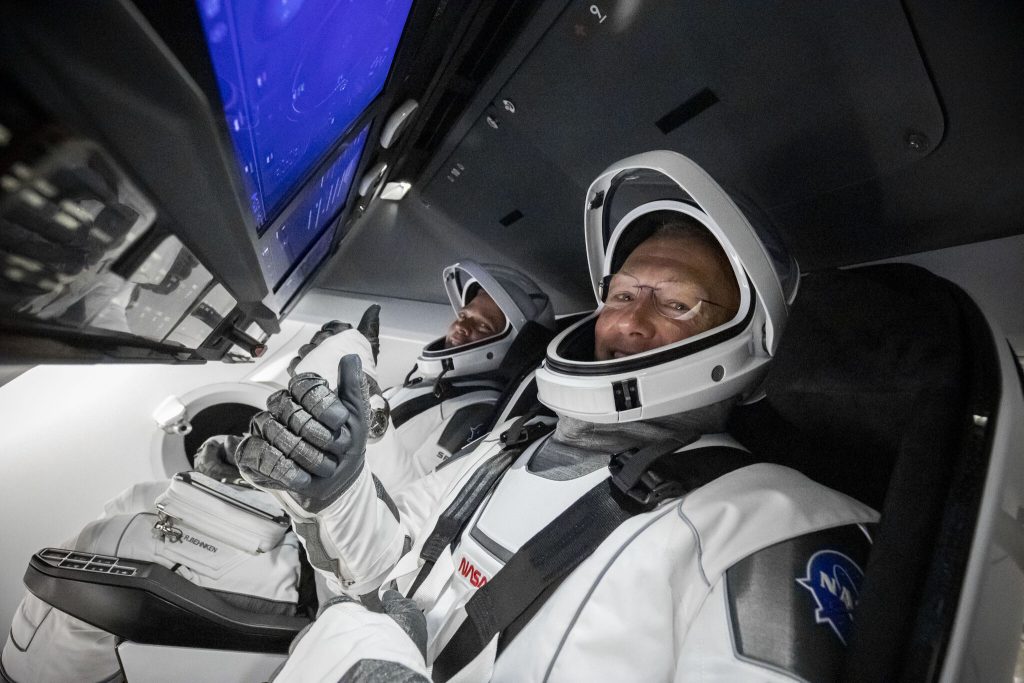 For the first time in nearly a decade, NASA launched astronauts into space from U.S. territory. And for the first time ever, it was on a spacecraft built by a private company, Elon Musk’s SpaceX. The two men are scheduled to arrive at the International Space Station on Sunday for a stay of up to four months, after which they will return to Earth in a Right Stuff-style splashdown at sea.

With the on-time liftoff, SpaceX, founded by Musk, the Tesla electric-car visionary, became the first private company to launch people into orbit, a feat achieved previously by only three governments: the U.S., Russia and China.

The flight also ended a nine-year launch drought for NASA, the longest such hiatus in its history. Ever since it retired the space shuttle in 2011, NASA has relied on Russian spaceships launched from Kazakhstan to take U.S. astronauts to and from the space station.

The crew, commander Douglas Hurley and astronaut Robert Behnken, both joined the astronaut corps in 2000. Hurley, a former Marine fighter pilot and test pilot, is a veteran of two previous space missions, serving as pilot of the final space shuttle flight in 2011. Behnken, a former Air Force test pilot, has logged more than 708 hours in space on two shuttle missions and completed six spacewalks.

The astronauts’ families are there for the big day, but with only a handful of invited guests instead of a large gathering of supporters. Both Hurley and Behnken are married to fellow astronauts: Hurley’s wife, Karen Nyberg, recently retired from NASA after two space missions, including a long-duration stay aboard the space station, while Behnken’s wife, Megan McArthur, helped repair the Hubble Space Telescope during a final shuttle servicing mission in 2009.

“Know that we’re with you, have an amazing flight and enjoy those views of our beautiful planet.” – #SpaceX Mission Control

Congrats to @NASA and @SpaceX on the successful launch today! 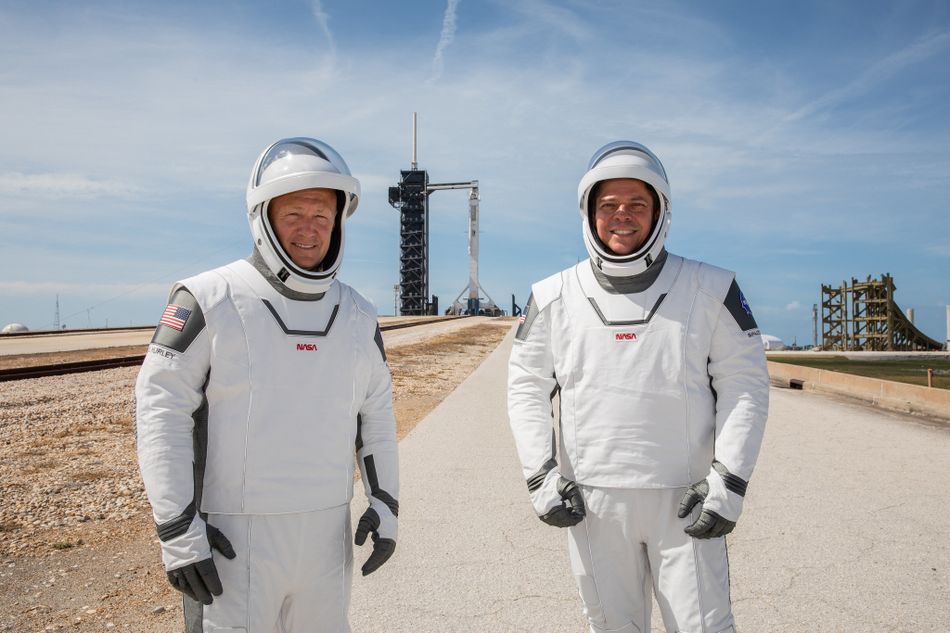 “I’m the chief engineer,” Musk told CBS News’ Mark Strassmann ahead of Wednesday’s attempt. “So I’d just like to say if it goes right, it’s credit to the SpaceX-NASA team. If it goes wrong, it’s my fault.”

A successful flight would resurrect the US’s ability to launch people into space. It would also mark SpaceX’s first mission with passengers in the company’s 18-year history. Once NASA can send more astronauts at a lower cost, it will also be able to use the space station’s microgravity environment to conduct more science experiments — in pharmaceuticals, materials science, astronomy, medicine, and more.

After successfully docking, Behnken and Hurley will be welcomed aboard station and will become members of the Expedition 63 crew. They will perform tests on Crew Dragon in addition to conducting research and other tasks with the space station crew.

Although the Crew Dragon being used for this flight test can stay in orbit about 110 days, the specific mission duration will be determined once on station based on the readiness of the next commercial crew launch. The operational Crew Dragon spacecraft will be capable of staying in orbit for at least 210 days as a NASA requirement.

Upon conclusion of the mission, Crew Dragon will autonomously undock with the two astronauts on board, depart the space station and re-enter the Earth’s atmosphere. Upon splashdown just off Florida’s Atlantic Coast, the crew will be picked up at sea by SpaceX’s Go Navigator recovery vessel and return to Cape Canaveral.

The Demo-2 mission will be the final major step before NASA’s Commercial Crew Program certifies Crew Dragon for operational, long-duration missions to the space station. This certification and regular operation of Crew Dragon will enable NASA to continue the important research and technology investigations taking place onboard the station, which benefits people on Earth and lays the groundwork for future exploration of the Moon and Mars starting with the agency’s Artemis program, which will land the first woman and the next man on the lunar surface in 2024.