‘Ya Veremos’ Set To Premiere this Friday Aug 31 In U.S. 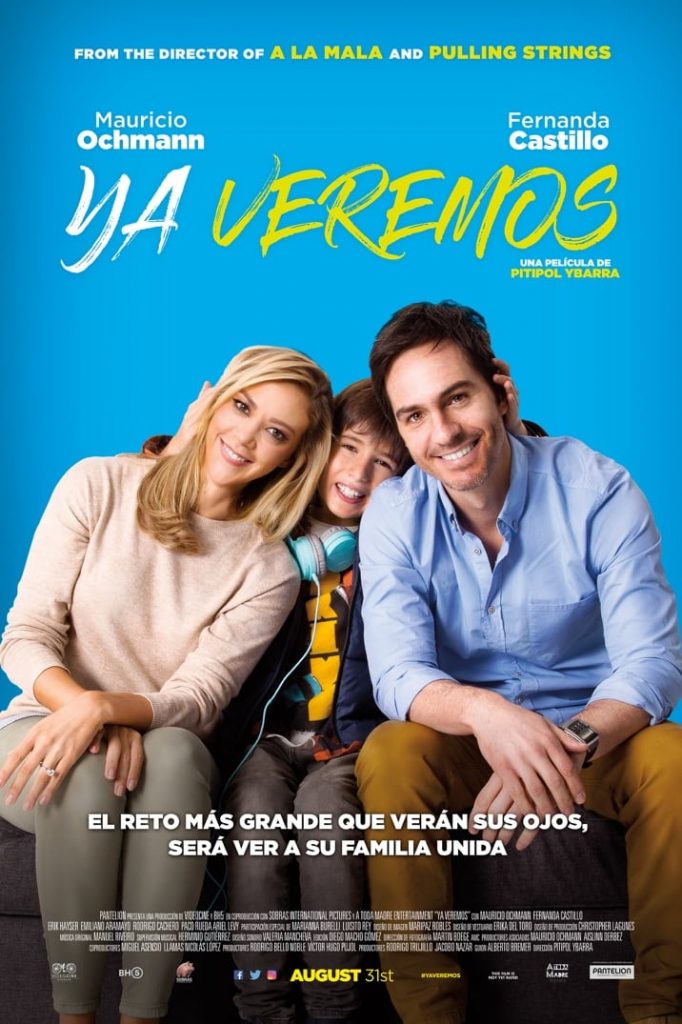 ** THE SHOWBIZ LIVE! – LOS ANGELES, CA (AUG 30, 2018) – From the Director of “Pulling Strings” and “A La Mala” (Pitipol Ybarra,) “YA VEREMOS” tells the story of Santi (Emiliano Aramayo), a preteen who, is dealing with the recent separation of his parents, Rodrigo (Mauricio Ochmann) and Alejandra (Fernanda Castillo.) Despite their divorce, Santi’s parents are both desperately devoted to their son. When the three learn that Santi has a medical condition that could jeopardize his eyesight, Santi’s father encourages him to make a list of places and things he wants to see and do before losing his sight completely. Santi immediately obliges with an elaborate list but with one condition – the estranged couple must come together to help him fulfill his dreams. As the three embark on the amazing, sometimes whacky adventure, the couple must learn how to live together for the sake of their son. But, will the adventure open their eyes and make separating impossible? We’ll see….

Jc Olivera is the founder and Editor-in-Chief of The Showbiz Live!, An online magazine focused in entertainment news, he is also a contributor photographer for mayor photo agencies, graphic designer, tech and gadget enthusiast. // who happens to love coffee //
Related ItemsFeaturedFernanda CastilloMauricio OchmannNewsPantelion FilmYa Veremos
← Previous Story ‘Ben Is Back’, Starring Julia Roberts and Lucas Hedges
Next Story → ‘The Front Runner with Hugh Jackman