** THE SHOWBIZ LIVE! – NEW YORK, Jan. 3, 2015 — Victoria’s Secret officially debuted its Swim 2015 collection with the release of the brand’s anticipated swim catalogue. Shot by acclaimed fashion photographer Greg Kadel in the beautiful islands of Hawaii, the catalogue is the destination for the sexiest, most fashionable swim styles of the season. The brand, known for building the careers of the most recognized Supermodels in the world, has selected Angel Behati Prinsloo to appear on the cover wearing the Very Sexy One Shoulder Triangle & Double Strap Cheeky. This marks the first time Behati has been chosen as the cover model to launch the annual swim catalogue series. 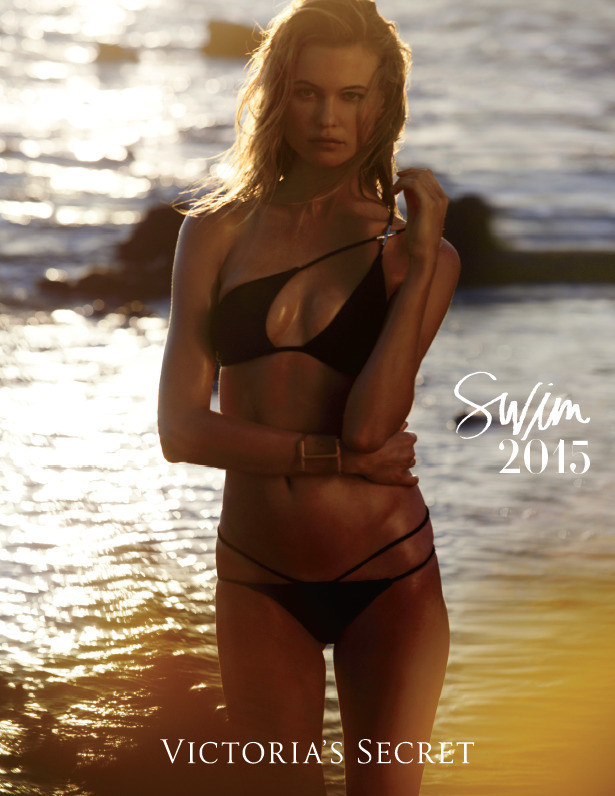 Behati Prinsloo was born in Grootfontein, Namibia, South Africa and can be seen in a variety of the brand’s print and television campaigns. She has walked in the annual Victoria’s Secret Fashion Show since 2007 and had the prestigious honor of opening the 2014 show in London.