** THE SHOWBIZ LIVE! – Carlsbad, Calif. (January 6, 2015) — Jenny Craig, a leader in the weight loss and weight industry, today announced that award-winning actress Kirstie Alley has achieved a remarkable 50 lb.* weight loss since rejoining the program in 2014.   Alley, who had initially wanted to lose 30 lbs. with the program, decided to keep going with the scientifically-proven and simple approach of Jenny Craig which combines delicious food with the one-on-one support of a dedicated, in-person personal consultant. Alley will be revealing her new look in a TV spot as a fairy godmother who helps a woman get started with her weight loss journey.  Simultaneously, Jenny Craig is launching a campaign entitled “The Moment,” which will span TV, digital and PR, highlighting real member successes and inspiration for those who might be looking to get started.  In addition, to provide members with even more choices, Jenny Craig has introduced new foods and shakes, also featured in the new campaign. 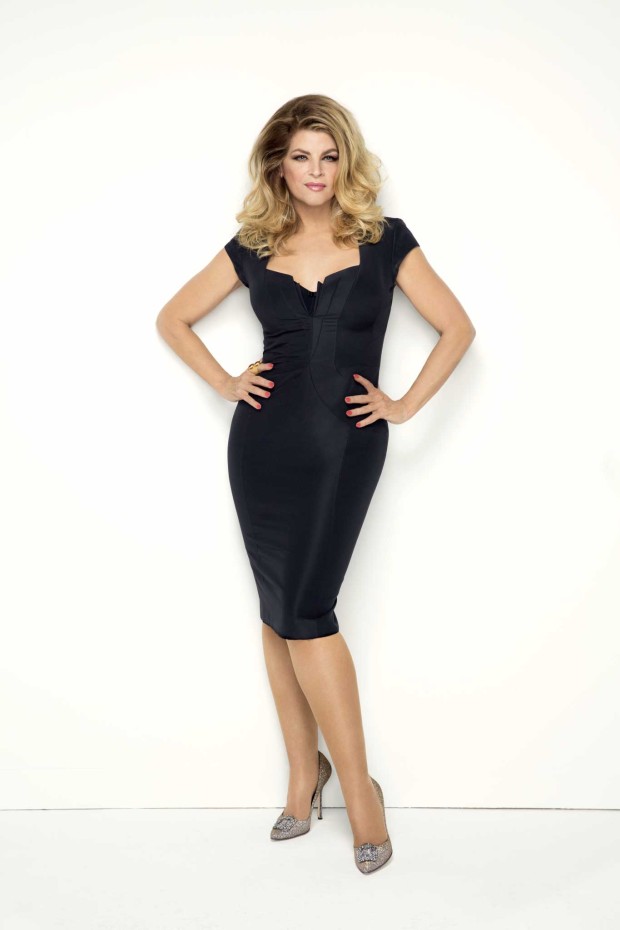 “I came back to the Jenny Craig program to get back on track with my weight loss. It was simpler this time and everything just clicked.  I wanted to get back to my best self. I stayed on Jenny Craig’s simple program and bam, before you know it, it’s January and here I am, feeling and looking great!”  said Alley. “My consultant Laura was essential in helping me reach my goal, along with the delicious Jenny Craig food. Yes, you can eat cheesy chicken enchiladas and margherita pizza on the program!”

“We are so proud of Kirstie and happy to see her reach her goals and be her best self.  We know that her personal consultant Laura and our amazing food were both huge factors in her weight loss success.  What really differentiates the Jenny Craig program from others is the personal, dedicated in-person support our consultants offer to every client, our simple plan and delicious foods.  We’ve made personal support the cornerstone of what we do for 30 years,” said Monty Sharma, CEO and president of Jenny Craig.  “Our consultants take ownership of our client’s weight loss journey and through the process help modify behaviors so that they can have a healthy and happy relationship with food without having to count and track everything they eat.”

“Through our campaigns launching in January, we are proud to showcase different kinds of success ranging from a celebrity to real members – this underscores the difference Jenny Craig can make,” said Mike Raymond, chief marketing officer of Jenny Craig.

KIRSTIE ALLEY
A new spot highlighting Alley’s 50 lb.* weight loss reveal will begin airing the week of January 12.  Alley’s spot features her as a fairy godmother sharing Jenny Craig’s simple approach to weight loss in response to a potential client’s realization that she is ready to lose weight now and wondering how to get started. Alley highlights weight loss success through the simple Jenny Craig Program without all of the counting and tracking that can come with other weight loss programs.  Her wand reveals her new slimmer best self, her consultant and a table filled with new and favorite Jenny Craig foods.

Alley will also appear across Jenny Craig’s digital and social properties and in public relations activities.

‘THE MOMENT’ CAMPAIGN HIGHLIGHTING MEMBER SUCCESS
The Company is also launching a real member-based campaign with the theme of “the moment.”  The campaign will air featuring real Jenny Craig members sharing their personal “ready now” moment, the moment they realized they were ready to take control of their health and weight and join Jenny Craig.  The ads showcase the members’ personal stories and triumphs they experienced. A common thread among the stories is the realization that there was a tipping point where each member recognized they needed to make a change in their lives and each reached out to Jenny Craig for its simple program based on a dedicated in person consultant and delicious food.

In addition to the spots airing on television and in print, the new campaign will be fully integrated into the brand’s digital properties, including social media and videos, as well as PR.  Consumers are invited to view the videos of Jenny Craig members sharing the “moment” when they decided to start their Jenny Craig weight loss journey, and share their own with the hashtag #TheMoment.

NEW FOODS AND PRODUCTS
Jenny Craig will kick off 2015 by having introduced more than 20 new food products to the brand’s structured program including healthier versions of favorite foods and global flavors, plus seasonal items. The new menus include Italian-inspired, Mexican-inspired and Asian-inspired foods, as well as hand-held breakfast items. Selections include Cheesy Chicken Enchiladas, Asian Style Chicken for Lettuce Wraps, Turkey Bacon & Egg White Sandwich and White Fish & Mushroom Risotto.  These new foods join others that launched in the fall including a Breakfast Burrito and Baja Style Chicken Quesadilla.

Along with the Jenny Craig foods offered, consultants encourage members to use the Volumetrics®* Approach to enhance meal plans and help with satiety. Lower-calorie foods such as fruits, non-starchy veggies, salads and broth-based soups are part of the program and add more satisfaction throughout the day.

*Members following our program, on average, lose 1-2 lbs. per week.

About Jenny Craig:
The Jenny Craig program is designed to provide structure and support to help members lose weight and learn how to keep it off. Jenny Craig’s program provides nutritionally-balanced menus, which include over 80 delicious entrees, desserts and snacks developed by dietitians, nutritionists, and food technologists. One-on-one consultations provide personal support and education on portion control and strategies such as the Volumetrics® approach, which helps with satiety. Jenny Craig consultants work with each member individually to identify their strengths, challenges and personal goals in order to create unique weekly meal and activity plans that fit individual needs. Consultants also help members implement behavioral strategies to support their success. Jenny Craig’s comprehensive approach to weight loss is available to members either in person in centers or by phone with Jenny Craig Anywhere. The program is backed by hard science as demonstrated by a 2010 independent two-year clinical trial published in the Journal of the American Medical Association showing that participants on the Jenny Craig program lost three times more weight than dieting on their own. Jenny Craig, based in Carlsbad, CA, is one of the world’s largest weight management companies, with approximately 600 company-owned and franchised centers in the United States, Canada, Australia, New Zealand and Puerto Rico.

About Kirstie Alley
Kirstie Alley has emerged as one of the great actresses of her generation, proving time and again that she is capable of great depth and range, as well as possessing a comedic timing second to none. Her work in television has earned her six Golden Globe ® and eight Emmy ® Award nominations. She has won a Golden Globe, two Emmys and two People’s Choice Awards. Alley recently wrapped TVLand’s “Kirstie”, where she served as both star and executive producer. In 2005, Alley co-wrote and starred in Showtime’s critically acclaimed comedy “Fat Actress.” She also played the title character in the NBC sitcom “Veronica’s Closet” and served as executive producer for the series. In 1994, Alley showcased her dramatic range starring in the CBS TV movie “David’s Mother”. In 1987, Kirstie joined the cast of the long-running hit NBC sitcom “Cheers” as the neurotic Rebecca Howe. Alley made her feature film debut in 1982 in “Star Trek II: The Wrath of Khan,” in which she played the beautiful Vulcan officer Lieutenant Saavik. In 1999, Kirstie starred in the dark comedy film “Drop Dead Gorgeous,” the cult-classic mockumentary that follows contestants in a beauty pageant in Minnesota. Kirstie starred in Woody Allen’s “Deconstructing Harry” in 1997, and then starred alongside longtime friend John Travolta in the hit film “Look Who’s Talking.” The successful film spawned two more movies in which Kirstie starred: “Look Who’s Talking Too” and “Look Who’s Talking Now.”