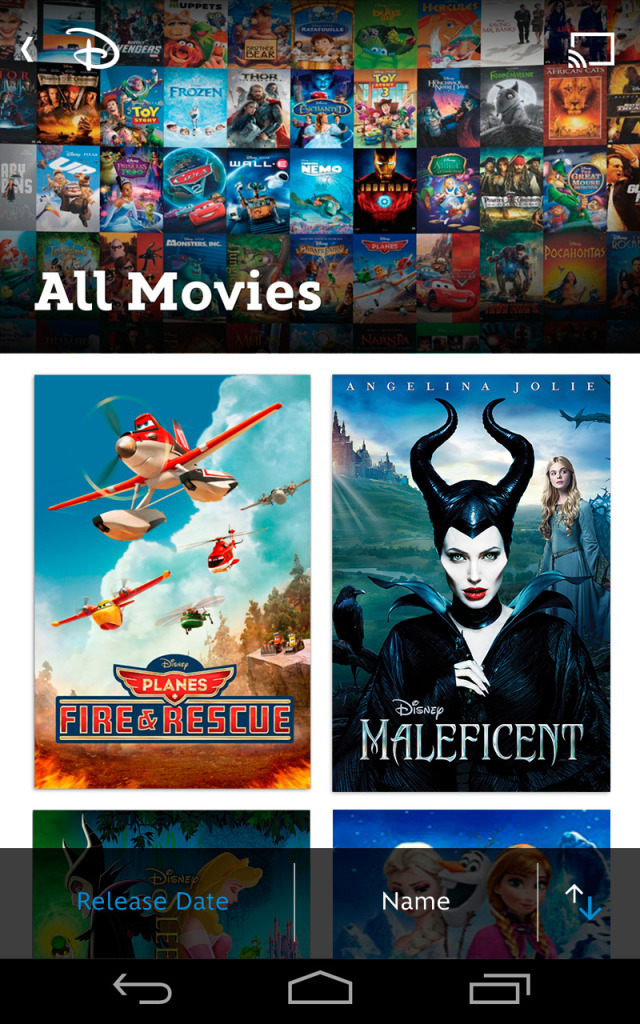 The Disney Movies Anywhere App is available in the U.S. for free from the Google Play store at http://di.sn/fxx and from the iTunes App Store at: http://di.sn/srf. Sign up is also available through the Disney Movies Anywhere website.About The Walt Disney Studios
For over 90 years, The Walt Disney Studios has been the foundation on which The Walt Disney Company was built. Today, the Studio brings quality movies, music and stage plays to consumers throughout the world. Feature films are released under the following banners: Disney, including Walt Disney Animation Studios and Pixar Animation Studios; Disneynature; Marvel Studios; Lucasfilm; and Touchstone Pictures, the banner under which live-action films from DreamWorks Studios are distributed. The Disney Music Group encompasses the Walt Disney Records and Hollywood Records labels, as well as Disney Music Publishing. The Disney Theatrical Group produces and licenses live events, including Disney on Broadway, Disney On Ice and Disney Live!

About Google Play:
Google Play is an online store with millions of digital songs, movies, TV shows, apps, games, books and more. Google Play Movies & TV offers new release movies, classic films and next day TV shows that you can rent or buy in HD or SD and watch on any device, Android, iOS or your computer.

Jc Olivera is the founder and Editor-in-Chief of The Showbiz Live!, An online magazine focused in entertainment news, he is also a contributor photographer for mayor photo agencies, graphic designer, tech and gadget enthusiast. // who happens to love coffee //
Related ItemsAndroidDisneyGoogle PlayMoviesTech
← Previous Story Tradition Continues with 14th Creepy Creation: Gingerbread House Traps a Gingerbread Zombie
Next Story → Visit Destinations that Inspired Disney Films and Television with Adventures by Disney