Following is the schedule for CBS’s primetime series with holiday-themed storylines:

“Grounded” – While stuck at Dulles Airport due to inclement weather during the Thanksgiving travel surge, DiNozzo, Bishop and her husband, Jake, work an NCIS case involving an elevated terrorist threat at Northeast airports. Jamie Bamber guest stars as Jake.

“Chasing Ghosts” – After a stolen Navy-issued gun is found to belong to a Chief Petty Officer who died 40 years ago, the NCIS team reopens the cold case, one that Wade has personally tracked and investigated for years. Also, the team prepares for their annual Thanksgiving dinner together. Steven Weber and Dean Stockwell guest star.

“Thanks a Lot, Ronny” – During Thanksgiving dinner, the McCarthy family works together to manipulate Gerard into breaking up with his offensive girlfriend. Jessica St. Clair guest stars as Gerard’s girlfriend, Katrina.

“The Clean Room Infiltration” – Leonard and Wolowitz turn to Raj for help in dealing with a work emergency. Also, Amy throws an authentic Victorian Christmas party, and Sheldon seeks revenge on her for making him celebrate the holidays.

“Ke Koho Mamao Aku (Longshot)” – It’s Christmas in Hawaii and Five-0 travels to the Big Island, where Max is forced to work with a rival medical examiner after a cowboy is poisoned. Also, McGarrett pressures Danny to steal a Christmas tree.

“And a Loan for Christmas” – Max and Caroline get a bank loan so they can mass-produce their cupcake T-shirts to sell at high-end boutiques. Also, the diner gang poses in Chestnut’s barn as part of a holiday decorating contest Sophie entered.

“Dominoes” – On Christmas Eve, Team Scorpion races to find a way to save a young boy’s life after he is trapped in a beachside cave and the rising tide threatens to drown him.

“Humbug” – The team investigates a burglary at a cyber-security company, but Callen must steer clear after Hetty reveals that his girlfriend, Joelle, is one of the lead witnesses. Also, the team discusses their personal holiday travel plans.

“House Rules” – The NCIS team consults with three cyber-terrorists they imprisoned after a citywide Internet shutdown the week before Christmas. Also, McGee reflects on the case and Gibbs’ infamous rules as he pens a heartfelt letter to his father.

“Stolen Valor” – The NCIS team investigates the murder of a retired SEAL who tracked down individuals impersonating military personnel. The case takes a mysterious turn, though, when the lead suspect is found with the Navy jacket of an officer believed to have been killed in the line of duty in Afghanistan. Also, Brody discovers the normally holiday-obsessed Lasalle is inexplicably unenthusiastic about Christmas. 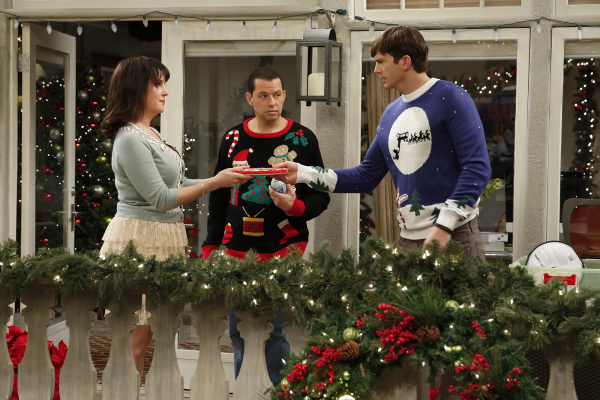 “Clockwise in Back Hole until Tight” – Walden and Alan are determined to convince their foster child, Louis, that Santa Claus is real. Melanie Lynskey returns as Rose. 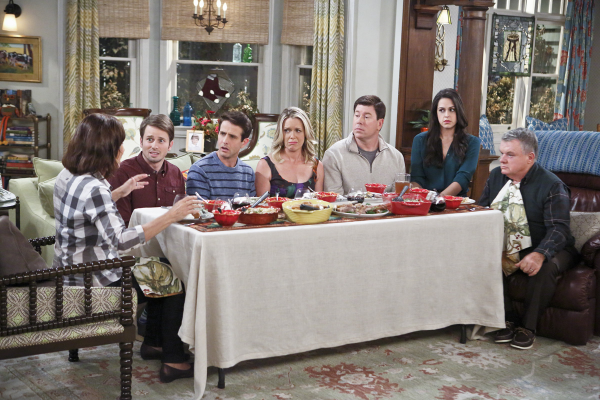