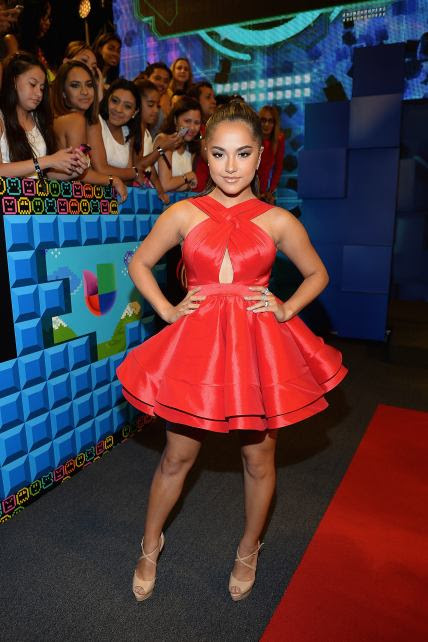 ** THE SHOWBIZ LIVE! – Miami, Fl. (July 17, 2015). Becky G, proves once again why she’s a singing sensation after winning the “Favorite Hit” award for her song “Shower,” at this year’s Premio Juventud in Miami. The single has reached nearly 160 million views on YouTube and debuted in the Top 20 of the Billboard charts.

The Mexican-American rapper had one of the hottest presentations during the award show performing her hit song “Can’t Stop Dancin'” with latin urban sensation J Balvin. She also graced the stage as a presenter.

Becky G is getting ready to kick off a national tour with J Balvin and just finished production on her latest album with renowned producer Dr. Luke, better know for his work with Katy Perry, Miley Cyrus, Kelly Clarkson and Pink.