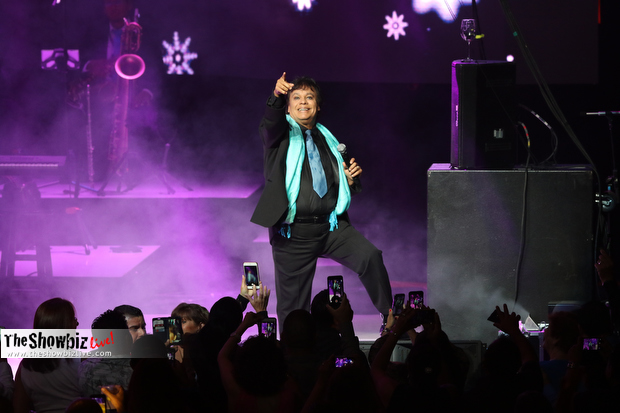 ** THE SHOWBIZ LIVE! – Los Angeles, California – November 11th 2015 – Juan Gabriel, who celebrates his love for the City of Santa Fe, New Mexico in his hit song “Que Bonito Es Santa Fe,” has announced that he will perform  a special show on Wednesday, December 9, at the Santa Fe Community Convention Center.  The legendary multi-platinum performer/songwriter will donate all proceeds from the show to non-profit children’s organizations in New Mexico.  UNM Children’s Hospital, Flamenco Next Generation , Heart Gallery Foundation for Foster children, Youth Shelter & Family Services and Moving Arts Española are just a few of the organizations that will benefit from the limited capacity, one night only event by Latin
music’s biggest superstar.  Tickets go on sale Friday, November 13th at 10:00am, at TicketsSantaFe.org or at the Performing Arts box office.
The beloved star will perform songs from his acclaimed “Bienvenidos al Noa Noa Tour. Since it’s sold out opening in September at the Los Angeles Forum, Juan Gabriel’s “Bienvenidos  al Noa Noa” Tour has been garnering spectacular reviews for the legendary Mexican superstar. The Washington Post wrote, “Mexican ranchera star Juan Gabriel proves he still has what it takes.”  The concept of the show features a brand new production that will take you through Juan Gabriel’s 45 year-artistic career, combining more than 50 talented musical acts including mariachi, orchestra, dancers, and backup singers together in a way that is sure to get you up out of your seat!  (See Noa Noa dates below.)
Juan Gabriel is considered one of the most successful singer-songwriters of all time and the leader in sales with over 100 million albums sold. His music expands throughout numerous music genres that range from pop, rock, boleros and traditional Mexican. In addition, he remains as one of the most popular artists throughout Latin America and the U.S.