By Jc Olivera on September 4, 2018@JcOlivera 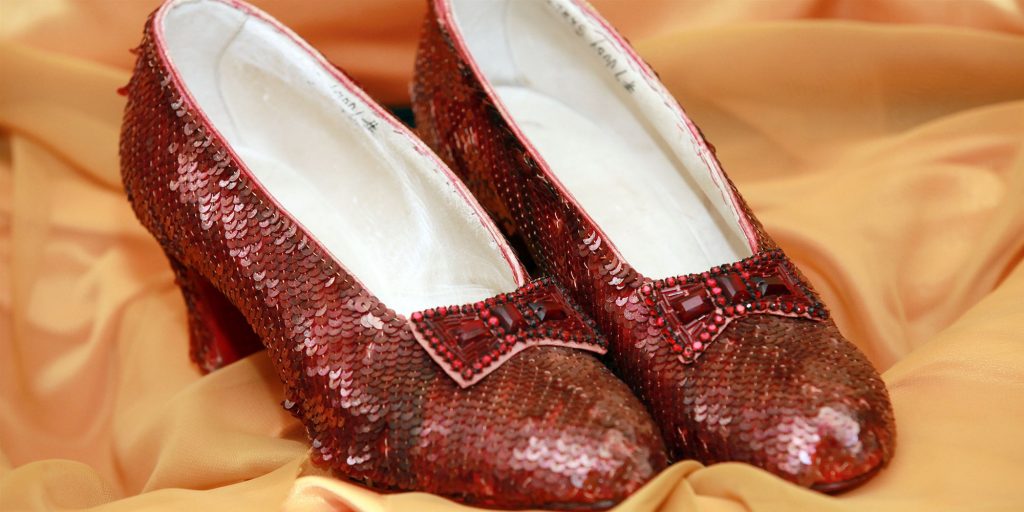 ** THE SHOWBIZ LIVE! – (Hollywood, CA, Sept. 4)—The world renowned TCL Chinese Theatre, home to the internationally-famous forecourt of the stars, where some 250 Hollywood stars have left their handprints and footprints in cement, and site of the original world premiere of “The Wizard of Oz,” is celebrating the announcement today of the recovery in Minnesota of the iconic ruby red slippers that Judy Garland wore in the film.

“As home to the original film premiere 79 years ago, with all the stars in attendance, we feel a special bond with the film, its stars and fans,” says TCL Chinese Theatre president and COO Alwyn Hight Kushner.

“To celebrate this important milestone, we’re inviting the owners of the slippers to bring them to Hollywood for a special public display in the very theatre where they first appeared.”

In 1939, Judy Garland, with the help of best pal Mickey Rooney, planted her footprints and handprints in the forecourt cement.

In the 1970s, the ruby slippers from the film made a couple of special event appearances at the theatre and in 2013 they reappeared for the launch of “The Wizard of Oz” in IMAX 3-D.

The history of the ruby slippers