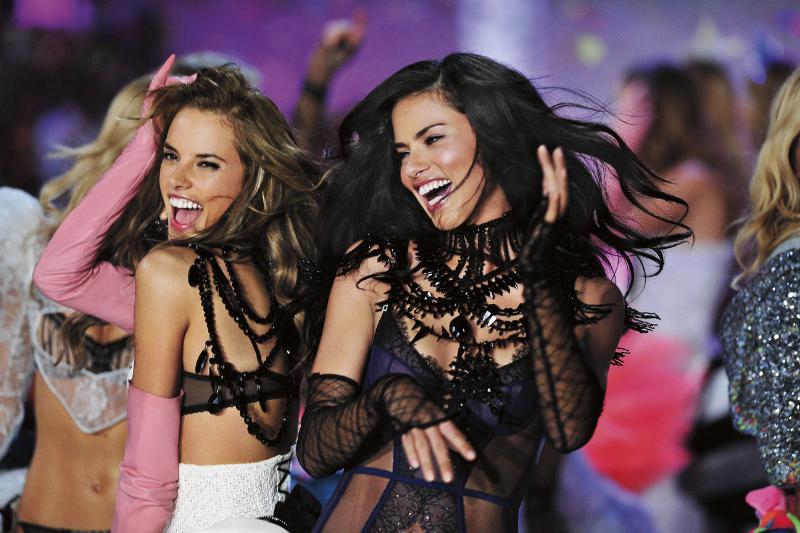 Taylor Swift is the only artist in history to have three million-selling weeks (2010’s Speak Now, 2012’s RED and 2014’s 1989). Swift is a global superstar and seven-time GRAMMY winner, and the youngest winner in history of the music industry’s highest honor, the GRAMMY Award for Album of the Year. She is the first artist since the Beatles (and the only female artist in history) to log six or more weeks at number one in the U.S. with three consecutive studio albums. Swift has an album on Rolling Stone’s prestigious The 50 Greatest Albums of All Time (by women) list, Time magazine has named her one of the 100 Most Influential People in the world, and she is Billboard’s youngest-ever Woman of the Year and the only artist to have been awarded this honor twice. Swift has career record sales in excess of 30 million albums and more than 80 million song downloads worldwide, and has had singles top both the pop and country radio charts around the globe. Swift’s album RED, released two years ago, sold more than 1.2 million copies in the U.S. in its first week. The only other album to sell more than RED was her critically acclaimed fifth studio album, 1989, the highest selling release since 2002 and the only album to go platinum in 2014. 1989 sold almost 1.3 million albums release week topping Billboard’s Top 200 charts and iTunes’ sales charts in 95 countries on its release. 1989 has sold almost three million copies globally.  “Shake It Off,” the first single from 1989, topped Billboard’s Pop, HotAC and Hot 100 charts and has earned double Platinum-status by the RIAA for exceeding sales of two million downloads in the U.S.  Her current single “Blank Space,” immediately skyrocketed to the top of the Hot 100 and iTunes chart on its debut.

British singer-songwriter Ed Sheeran is a genuine global phenomenon.  The 23-year-old artist’s new album x(“multiply”) has gone to number one in 14 countries around the world, including the United States and Sheeran’s native United Kingdom, where it’s both the country’s biggest and fastest selling album of the year.  Featuring platinum hit singles “Sing” and “Don’t,” x has also topped the iTunes album chart in 83 countries.  Sheeran’s latest single, “Thinking Out Loud,” is already a chart topping smash in six countries and will be making its American network television debut on THE VICTORIA’S SECRET FASHION SHOW.  Sheeran is currently in the midst of his headlining worldwide arena tour, which includes four sold-out nights at London’s O2 Arena.  With his 2012 breakthrough debut album, + (“plus”), Sheeran entered the U.K. Albums Chart at number one with the highest opening sales figures for a male solo artist debut ever and is now certified 6x-platinum.   Fueled by international hit singles like “The A Team” and “Lego House,” + has enjoyed multi-platinum, platinum and gold sales in nine countries.  In the U.S., “The A Team” earned 2x-platinum certification from the RIAA as well as a GRAMMY Award nomination for Song Of The Year.  Sheeran also made a record-breaking chart debut with the stateside release of +, which entered the SoundScan/Billboard 200 at number five, becoming the highest debut for a U.K. solo artist’s first full-length album since 2009.  Along with his three GRAMMY nominations, including the prestigious Best New Artist, Sheeran has accrued an array of distinguished international honors, including two BRIT Awards (Best Male Artist, Best Breakthrough Artist) and the 2012 Ivor Novello Award for Best Song Musically and Lyrically.  Sheeran recently took home the award for Best Male Video at the 2014 MTV Video Music Awards and is currently nominated for two 2015 People’s Choice Awards.

Within less than a year, Ariana Grande captured number one on the Billboard Top 200 twice; first with her debut “Yours Truly” and then its 2014 follow-up, “My Everything.”  “Yours Truly” yielded the double-platinum smash “The Way” featuring Mac Miller, which landed in the Top 10 of the Billboard Hot 100, and seized number one on the iTunes Overall Top Songs chart.  “My Everything” spawned the triple-platinum “Problem” featuring Iggy Azalea, which debuted at number one in 85 countries, and topped the iTunes Overall Top Songs and Pop Songs charts for four weeks. It was the fifth highest digital song debut for a female artist and ninth highest ever.  “My Everything” took the number one spot on Spotify as Ariana hit number one on Billboard’s Artists 100 chart.  She is the first woman in history, and first artist since Michael Jackson, to simultaneously have three songs (“Problem,” “Break Free” featuring Zedd, and “Bang Bang” with Nicki Minaj and Jessie J) in the Top 6 of the Digital Songs chart. She was named Best New Artist at the 2013 American Music Awards and also took home statues at the 2014 People’s Choice Awards, the iHeartRadio Music Awards, the 2014 Teen Choice Awards, the 2014 MTV Video Music Awards and 2014 MTV Europe Music Awards.

Born on St. Patrick’s Day in County Wicklow, Ireland, 24-year-old singer/songwriter Andrew Hozier-Byrne was raised on blues, soul and jazz. He taught himself guitar and piano, joined his first band at 15, and studied music at Dublin’s Trinity College. In 2013, “Take Me to Church,” reached number one in Ireland (keeping U2 off the top spot for the first time in 30 years), number two in America and number five in the U.K.  It’s currently in the Top three on the U.S. iTunes Singles chart, and has been a Top 10 hit in Germany, Belgium, Denmark, Switzerland,Holland and Canada. The accompanying music video has over 22 million views on YouTube, and Ed Sheeranrecently covered the song on BBC Radio 1.  Hozier’s eponymous debut album was released globally in October, with tracks mixed by Andrew Scheps (Adele, Red Hot Chili Peppers, Lana Del Rey). His music has been used in the feature film “Wish I Was Here” and the television series “Marco Polo,” “Constantine,” “Banshee,” “Empire,” “Teenwolf” and “The Leftovers.”  His upcoming 26-city U.S. tour, which starts in February, is already sold out. Hozier has appeared on “Saturday Night Live,” “Late Show with David Letterman,” on the Network, “Ellen” “Late Night with Seth Meyers” and “Jools Holland” (U.K.).

Also in the special, Supermodels Adriana Lima and Alessandra Ambrosio will wear the 2014 Dream Angels Fantasy Bras designed exclusively for Victoria’s Secret by Mouawad. Valued at $2 million each, the Dream Angels Fantasy Bras include accompanying body pieces of fine gemstones. Inspired by the Dream Angels Demi silhouette, these bras are handset with rubies, diamonds, blue and light blue sapphires strung together with 18K gold. Each bra is adorned with over 16,000 of the precious gems.  This is the first time two Victoria’s Secret Angels have been chosen to wear the coveted Fantasy Bras.

THE VICTORIA’S SECRET FASHION SHOW is being produced by done and dusted, inc.  Edward G. Razek,Monica Mitro, Ian Stewart and Hamish Hamilton are the executive producers.  Hamish Hamilton is the director.