Spike Launches Its First Ever TV Everywhere App on September 30

SPIKE LAUNCHES ITS FIRST EVER 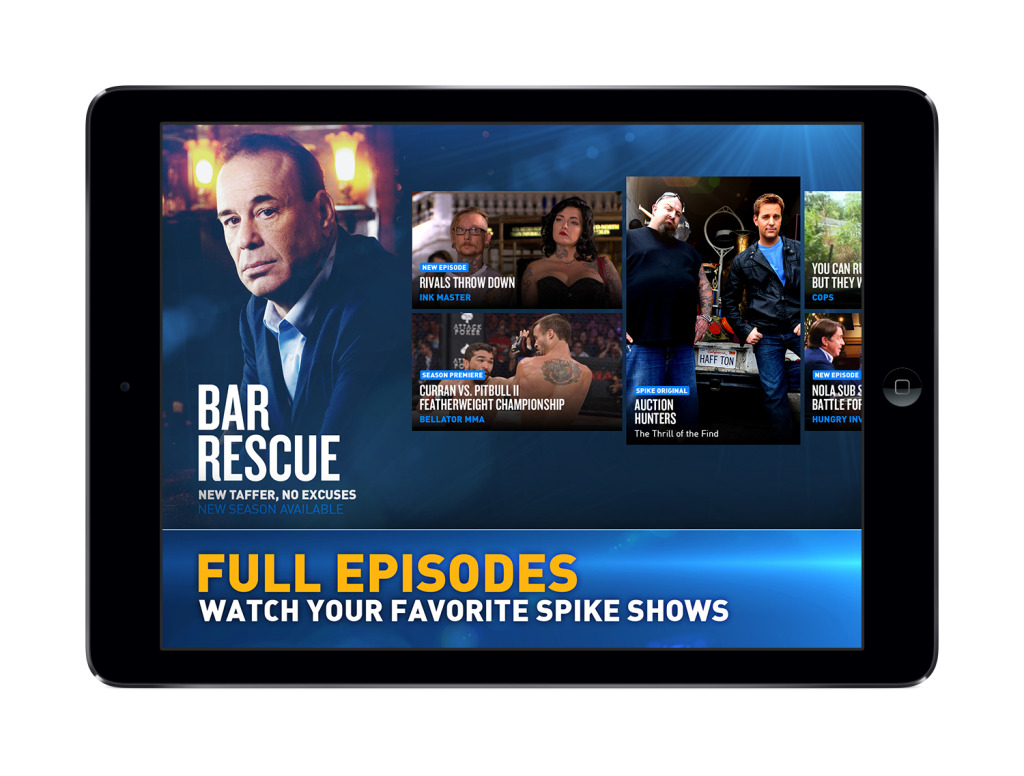 THE SHOWBIZ LIVE! – New York, NY, September 30, 2014 – Spike TV launches its first ever app on September 30 where viewers can access their favorite Spike content, highlighted by a first look at the season premiere of the hit series, “Bar Rescue.” Fans are able to download the new Spike app for free for iPhone, iPad, and iPod touch, available only on the App Store. 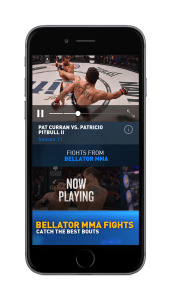 The new app extends Spike’s critically-acclaimed and fan-craved content to a one-stop destination and presents fans with a new way to watch and share the network’s original content.  Along with a first look at the season premiere of “Bar Rescue” (which debuts on Spike TV on October 5), the app features the new episodes from “Ink Master’s” highly-compelling new season.

Fans who sign in via their TV service provider will be able to dive into a treasure trove of additionalrobust content of the network’s first-ever app including the network’s original series totaling nearly 200 episodes including “Ink Master,” “Bar Rescue,” “Auction Hunters,” “Tattoo Nightmares,” “Catch A Contractor,” “Frankenfood,” “Thrift Hunters,” and “Hungry Investors.” The Spike app will showcase the best of Bellator MMA and selected episodes of “COPS,” now a Spike original series. 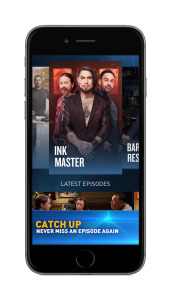 Also available on the Spike app are vintage original series such as “Deadliest Warrior” and “1000 Ways To Die.”

The Spike app for iPhone, iPad and iPod touch is available for free on the App Store at http://appstore.com/spike

Spike TV is available in 98.7 million homes and is a division of Viacom Media Networks.  A unit of Viacom (NASDAQ: VIA, VIAB), Viacom Media Networks is one of the world’s leading creators of programming and content across all media platforms.  Spike TV’s Internet address is www.spike.com and for up-to-the-minute and archival press information and photographs, visit Spike TV’s press site at http://www.spike.com/press.  Follow us on Twitter @spiketvpr for the latest in breaking news updates, behind-the-scenes information and photos.

Jc Olivera is the founder and Editor-in-Chief of The Showbiz Live!, An online magazine focused in entertainment news, he is also a contributor photographer for mayor photo agencies, graphic designer, tech and gadget enthusiast. // who happens to love coffee //
Related ItemsAppSpikeTV
Next Story → ABC CELEBRATES ALL THINGS SCARY, SPOOKY AND FUNNY THIS HALLOWEEN