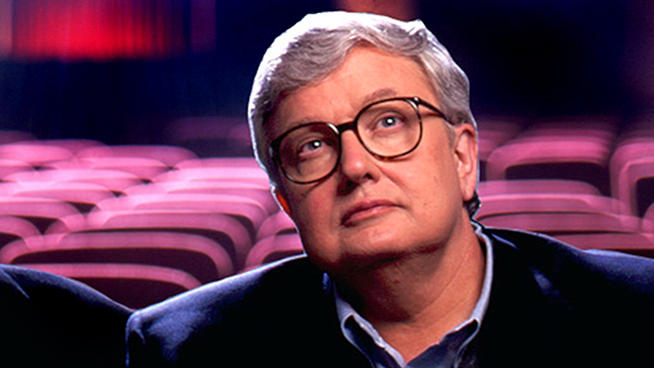 Roger Ebert Biopic ‘Life Itself’ Makes CNN Films Television Debut This Sunday
If you loved the critic, then you’re going to love the man even more

After earning critical acclaim at international film festivals, in movie theaters (Magnolia Pictures) and, most recently, a coveted spot on Oscar’s short list, “Life Itself” comes into America’s living rooms, where many of Ebert’s fans got to know him on the long-running “At the Movies” film review series. His segments with co-hostGene Siskel are so funny they have been compared to a comedy duo. And yet, the life lessons about the movies, racial politics, illness, death and love are some of the most poignant and instructive of any movie in 2014.

Ebert said that movies are a giant machine that generates empathy, allowing us to feel what it is like to be a person of a different race, gender, age, physical ability or economic class. “Life Itself” shows Roger Ebert as only those closest knew him, from a socially-conscious college newspaper editor to Pulitzer-prize winning movie critic to loving husband and grandfather. The film also captures Ebert in the final days of his battle with cancer. Ebert said that if he hadn’t lived to see this “third act” of his life (approaching death), he would have been disappointed.

“Roger’s vision for the film was clear; he wanted to show the man, not the icon,” said his wife, Chaz Ebert. “And director Steve James certainly achieved that with this film, warts and all. Roger lived true to his nature. He was compassionate and loved with all his heart. His illness didn’t diminish that one bit. Through the end, Roger’s grit shone through. I think people who see the film will come away with a deeper understanding and admiration of him, but more important, they will come away with a deeper understanding and appreciation for life itself.”

Ava DuVernay, the first African-American woman director to be nominated for a Golden Globe for “Selma,” givesRoger Ebert credit for being one of the first film critics to make the film industry more inclusive. In “Life Itself” she says: “It’s dangerous as a black woman to give something that you’ve made from your point of view, very steeped in your identity and your personhood to a white man whose gaze is usually the exact opposite and … say you’re the carrier of this film to the public. You’re the one who is going to dictate whether it has value. And you had a lot less fear around that with Roger.”

More articles and videos about “Life Itself” at CNN Entertainment.

“Life Itself” also shows the influence that Ebert had on the careers of other independent filmmakers like Werner Herzog, Errol Morris and Martin Scorsese. Ebert reviewed Scorsese’s first film, “Who’s That Knocking at My Door,” released in 1967. Scorsese executive-produced “Life Itself”‘ with Steven Zaillian (“Schindler’s List,” “Moneyball”) and shares a touching encounter with Ebert in the film.

The accolades for the film extend to the elegant, jazzy score by composer Joshua Abrams. It has been nominated for Best Original Score by Cinema Eye Honors, which annually honors the year’s best achievements in nonfiction cinema. The film has been nominated for Best Nonfiction Feature Filmmaking, Best Direction, Best Editing and the Audience Choice Prize. The award ceremony will be held January 7. Hitfix.com calls it one of the Top 15 Best Films Scores of 2014. Listen to it here.